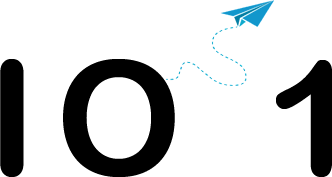 The RTV – KEY COMPETENCES IN MEDIA PRODUCTION FOR RADIO, FILM AND TELEVISION project had as its general objective to contribute to the application of innovative practices in media production, the development, transfer and consolidation of joint initiatives to promote European cooperation in the field of radio, film and television, on a single market of audiovisual media services.

This objective was achieved by creating a number of 6 intellectual ouputs (IO), each of them corresponding to the specific objectives established by the partners.

The first chapter details the specific elements of the media market in the European Union, with emphasis on the presentation of the Audiovisual Media Services Directive. The media sector is a significant sector in terms of employment and also one of great social and political importance in the EU.

The second section presents cine-TV equipment, respectively types of video cameras, recording and image storage equipment, with an emphasis on color video cameras. The necessary skills in the field are discussed, such as: understanding how to use the cine-TV equipment, analyzing the technical documentation and equipment specifications, performing technical tests of recording – image playback. Finally, the attitudes are treated: skills in the correct use of cine-TV equipment, solving specific problems using specialized theoretical and practical knowledge, efficiency in the activity of capturing the image. The structure of the topics addressed is the following: learning outcomes, informational resources, learning activities: methods and tools specific to the topic, evaluation guide, glossary of terms.

Chapter IV analyzes the impact of the digital market on radio, film and television, starting from the fact that in modern society mass media is, besides an information resource, a factor of education, capable of amplifying, constituting or diversifying cognitive and behavioral experiences of individuals. A correlation map between occupations and qualifications on the media market is also presented.